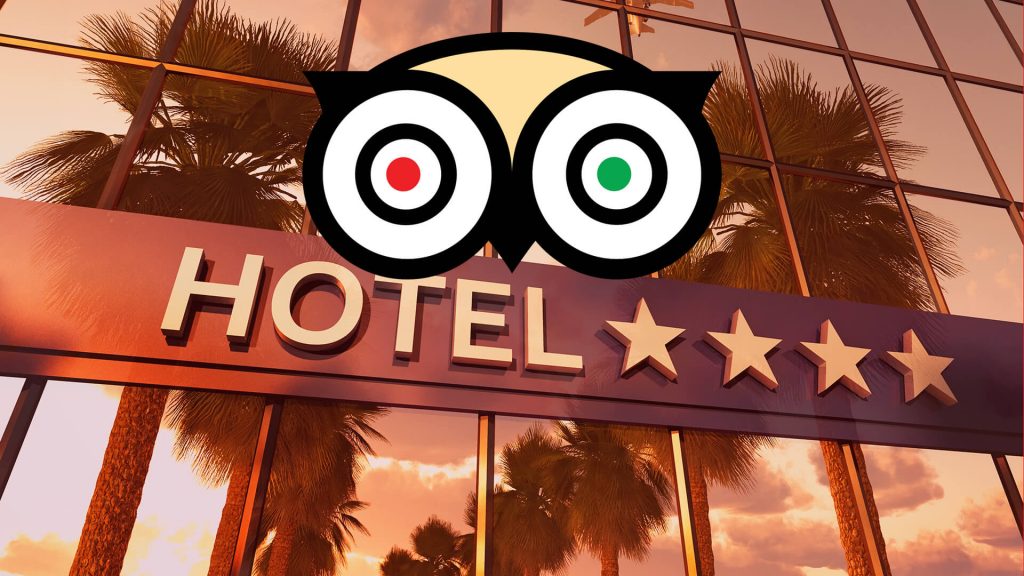 The majority of consumers (80% – 90%) routinely consult reviews before buying something, whether online or off. The powerful influence of reviews on purchase behavior has spawned a cottage industry of fake-reviews, a problem that is growing on major sites such as Amazon, Google and Yelp, among other places.

Just over 2% of reviews submitted were fake. TripAdvisor is one of those other places, where reviews form the core of the company’s content and the principle reason consumers visit. How much of the review activity on TripAdvisor is fraudulent? In its inaugural TripAdvisor Transparency Report the company says that 2.1% of all reviews submitted to the site in 2018 were fake. (A total of 4.7% of all review submissions were rejected or removed for violating TripAdvisor’s review guidelines, which extend beyond fraud.)

73% blocked by machine detection. Given the volume of review submissions TripAdvisor receives – more than 66 million in 2018 – that translates into roughly 1.4 million fake reviews. TripAdvisor says that 73% of those fake reviews were blocked before being posted, while the remainder of fake reviews were later removed. The company also says that it has “stopped the activity of more than 75 websites that were caught trying to sell reviews” since 2015.

TripAdvisor defines “fake review” as one “written by someone who is trying to unfairly manipulate a business’ average rating or traveler ranking, such as a staff member or a business’ competitor. Reviews that give an account of a genuine customer’s experience, even if elements of that account are disputed by the business in question, are not categorized as fake.” 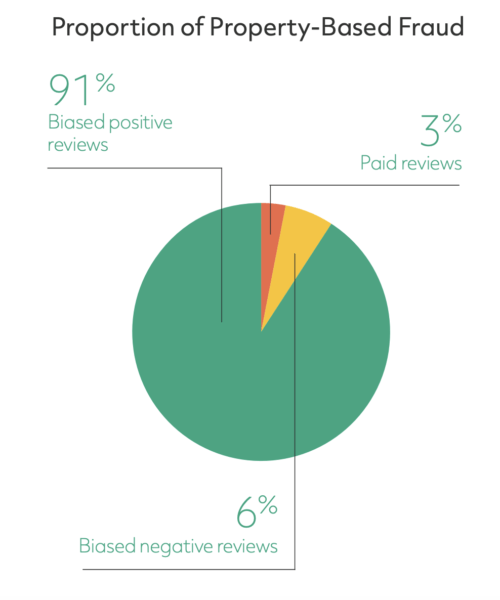 TripAdvisor says that the review fraud problem is global, with fake reviews originating in most countries. However, it said there was a higher percentage than average of fake reviews “originating from Russia.” By contrast, China is the source of many fake reviews on Amazon.

Upon multiple infractions, the company will impose a content ban that prevents the individual or individuals in question from posting additional reviews and content on the site. It also prevents the involved parties from creating new accounts to circumvent the ban.

In the most extreme cases, the company will apply a badge of shame (penalty badge) that warns consumers the business has repeatedly attempted to defraud them. This is effectively a kiss of death for the business. Yelp does something similar.

Why we should care. Consumer trust is eroding online. It’s incumbent upon major consumer destinations sites to police their reviews aggressively and prevent unscrupulous merchants from deceiving consumers. Yelp has been widely criticized for its “review filter” but credit the company for its long-standing efforts to protect the integrity of its content.

Google and Amazon, in particular, need to do much more to combat review spam and fraud. Hopefully TripAdvisor’s effort and others like it will inspire them to.