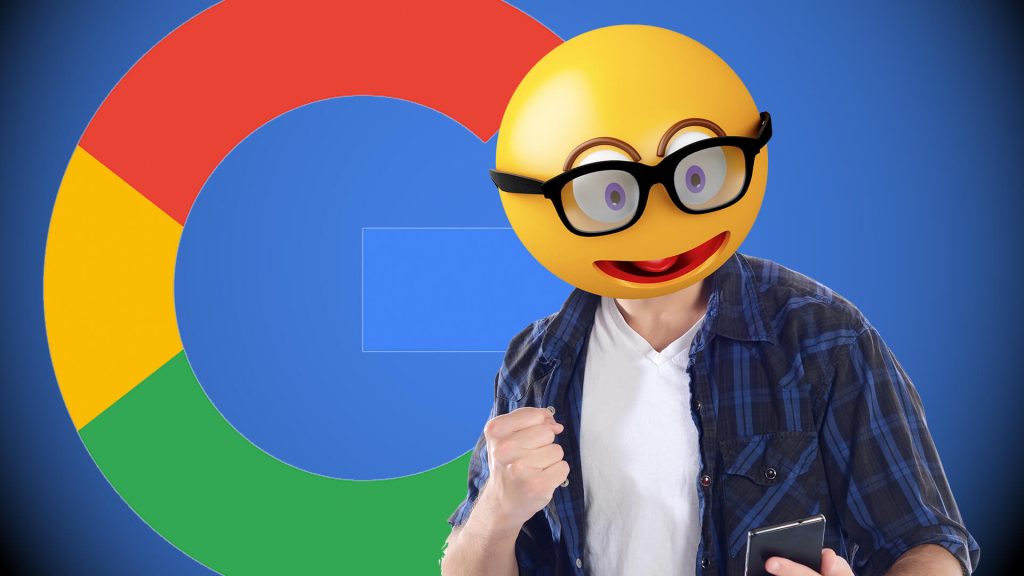 July 17 was World Emoji Day, and brands like Postmates took the opportunity to experiment with novel marketing initiatives. Users can now search for food options like pizza or burritos on the Postmates app using 🍕 or 🌯. It hasn’t exactly taken off, but emoji search has been supported in Bing and Yelp since 2014, and Google has allowed it since 2016.

One might assume that searching Google or Bing using emojis would lead to the same results as using the text equivalent (e.g., searching 🍩 would deliver the same results as “donut”), but that isn’t the case. For the most part, emoji-based queries in the search engines yield results that pertain to the emoji itself, but there are interesting opportunities for marketers, particularly with regards to videos in the search results.

For emoji-based queries, the website results are typically from emoji resource sites, whereas the video carousel tends to include videos with the emoji itself or the word that matches the emoji in their titles. Those with the queried emojis in the titles often appear ahead of videos without them. Adding an emoji to your video’s title may increase its visibility in the video carousel. For example, notice the Hannah Montana video in the first carousel spot in the screenshot below has the ship emoji in the title. 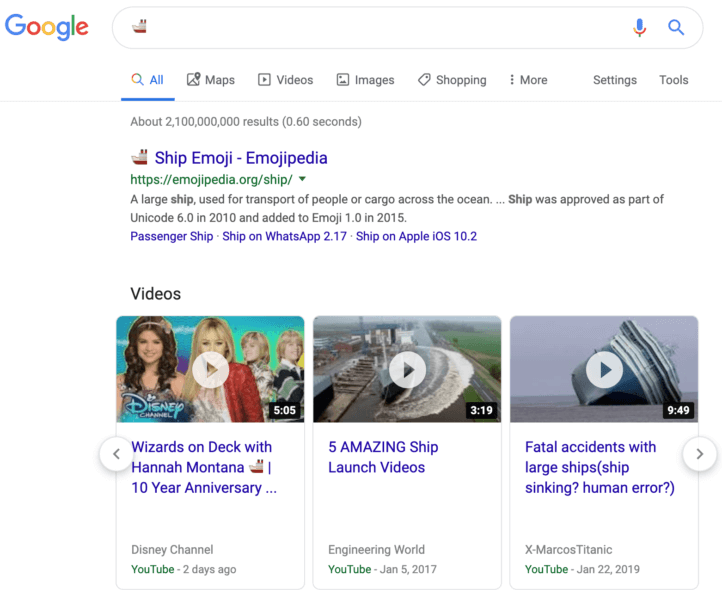 Clicking through on the video, we find that the ship emoji is used only once in the title and not at all in the description. 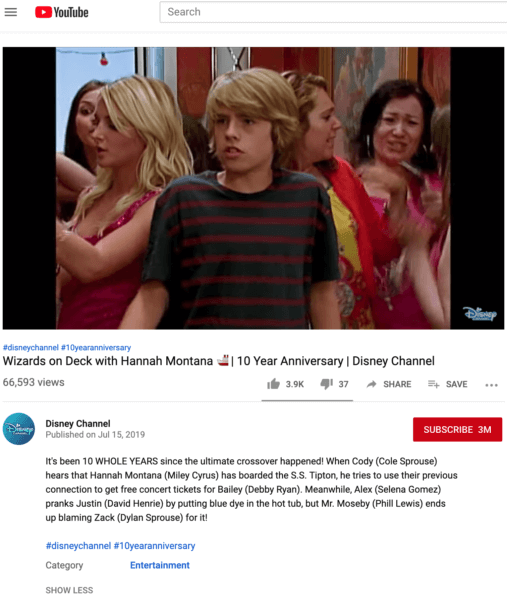 Other opportunities for organic visibility in emoji-based queries

Since emoji search results aren’t the same as their text search equivalent, the advantage here is organic visibility when users do search with emojis. (If you want to see gauge how popular emoji search on Google is, you can paste emojis into Google Trends.) Below, three of the six top organic listings contain the pizza emoji and one of them contains a pizza emoji within its meta description. 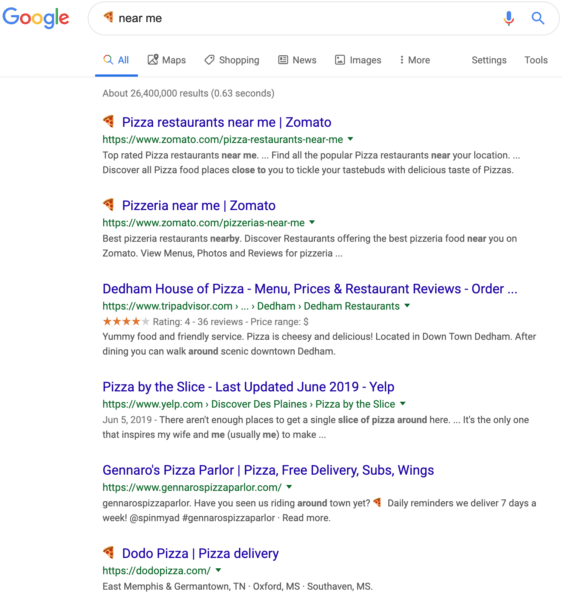 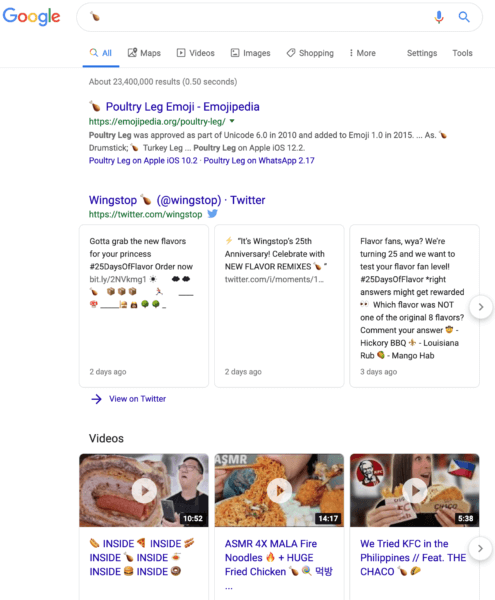 When to add emojis and when to omit them

Users can search using emojis on both Google and Bing. Including them in your titles, meta description or within your content may increase your organic visibility when emojis are used in search queries. At this point, the optimization opportunity appears to be largest in video search.

In order to prevent abuse, Google only displays emojis in its search result snippets for relevant queries and will show the result without the emoji when it deems it irrelevant. (That put an end to experiments by brands such as Expedia which added emojis to its title tags in 2015 to catch users’ attention and increase click-through rates.) In a Google Webmaster Central office-hours hangout, John Mueller stated, “it is not the case that we would demote a web site or flag it as web spam if it had emojis or other symbols in the description.”

However, emojis are not allowed in Google’s text or Shopping ads or as part of your store name in Google Merchant Center. The Google My Business guidelines do not specifically address emojis or emoticons within names, but it does advise that special characters should not be included unless they are part of your business’ real-world representation.

Despite allowing users to search via emojis, Yelp does not allow business owners to include them within their listings.

It’s all about visibility

When users search with emojis, adding them to your video titles may result in more organic visibility, even when your video is about what the emoji represents and not the emoji itself. Adding them to your website content or social accounts may also increase visibility when emojis are used in search queries, but the results are also likely to contain many emoji-related listings.

Additionally, as more companies like Yelp and Postmates offer the ability to conduct in-app searches using emojis, user behavior may begin to shift and first-movers could be at an advantage. Should that shift occur, tactically implementing emojis can position your brand for more visibility and, if it doesn’t, at least you won’t get penalized by Google.