5 special Fantasy books that you have to read 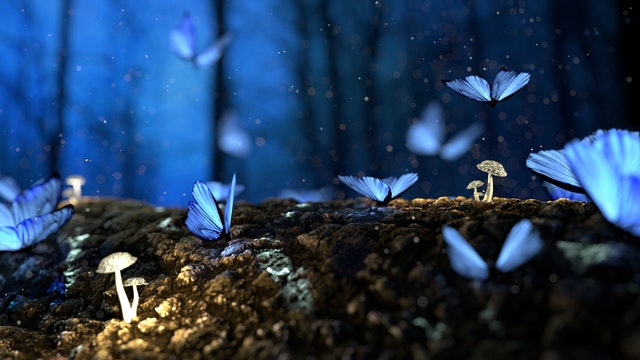 Are you curious about a different genre than you normally read? It can be difficult to find a good book to start with. If you have a bad book or one that is too heavy, you can quickly lose the fun. That’s why Hebban offers a number of books per genre that make it easy to get started, because they are both very good and accessible.

For many readers, fantasy is a vague genre that seems to revolve around dragons and clatter of weapons. Of course there are dragons and swords in fantasy and especially in the epic subgenre, but the genre is much broader and has many literary delights.

The fantastic genre has three main movements – fantasy, science fiction and horror – and a huge number of subgenres. Today we will discuss four subgenres of fantasy, soon sf and horror will be discussed. To easily enter the fantastic literature, we start with a subgenre that is fairly close to our reality, and then go deeper and deeper into the strangeness.

This kind of fantasy plays (largely) in our world, with the peculiarity that supernatural things can happen, in all kinds of forms. This form of fantasy is closest to regular literature.

The ocean at the end of the path

Neil Gaiman is the rock star of fantasy, author of books, many short stories, the graphic novel series Sandman and the enormously appreciated novels American Gods and High Omens (together with Terry Pratchett). His most recent novel, The Ocean at the End of the Path, is about a man who returns to his birthplace after many years. This is the starting point of a voyage of discovery through his own childhood memories and a forgotten, alternative world behind ours, with fascinating characters and creatures. Not only is it a wonderful story about loss and discovery, it is also beautifully written and very recognizable, despite the alienation.

The editor of Den of Dragon interviewed Gaiman in 2013 about this book. We expect that if you like The ocean, you will devour his other books within a short time.

Urban fantasy usually plays in our time and world, in an urban environment and therefore also with technology at our level (sometimes a little more advanced). In addition, magic is possible in this world, or fantastic creatures are present: often vampires, werewolves, undead, but they can also be elves, dragons and trolls. Urban fantasy is an adventurous subgenre, with modern problems and relationships between people. Also for inexperienced fantasy readers this setting is recognizable, because it is not far from their own world.

This book by Patricia Briggs is the first part of a series about the main character Mercy Thompson. She is a weather-coyote, she has a werewolf as a neighbor and she has friends who like a sip of blood. And yet she wants to live a normal life. Of course that doesn’t work, especially when her friends are threatened by dark enemies.

Mercy is a kick-ass heroine, experiencing explosive adventures in a world that is very similar to ours, yet fundamentally different. The style is light-footed and accessible, while the story is told in a strong and flashy way.

The best known and most popular fantasy flow is the epic or high fantasy. The contrast between good and evil is an important part of this subgenre. In the alternative worlds where these stories play, magic is possible and ubiquitous, and non-human or magical creatures can walk around.

The Books of the Seesees by Robin Hobb, of which Apprentice and Master is the first part, fall within the high fantasy subgenre, but are not as grand and epic as, for example, In the spell of the Ring by J.R.R. Tolkien. This story plays in an alternative world and concentrates mainly on the six duchies and in the castle de Hertenhorst. FitzChevalric Ziener, a bastard son of the crown prince, is trained there as the king’s assassin. He has magical powers that can come in handy, especially when war breaks out.

Hobb quickly draws the reader into her world and makes sure that all strangeness comes naturally. In that other world she works out recognizable themes, which makes this book an excellent entry point into high fantasy.

This book by J.R.R. Tolkien – in recent years somewhat obese filmed in three parts – is a preliminary study of the aforementioned In the spell of the Ring and, together with that epic, the standard work of the epic fantasy. It is about Bilbo Baggins, a peaceful hobbit – a small humanoid creature with large hairy feet and a predilection for good food – who travels with thirteen dwarves and the wizard Gandalf to a faraway land to chase away the dragon Smaug.

There’s almost no such thing as a classic queest story. It’s an older book, so the language can seem archaic at times, but if you consider that as part of the world construction of Middle-earth, then you have an excellent introduction to the epic fantasy.

The author Terry Pratchett, who died in 2015, became famous with the humorous fantasy series Schijfwereld. The series has 41 volumes, which makes reading it on the face of it an enormous challenge. All books are set on the Disc World – a flat world resting on the backs of four giant elephants on the shield of the space-swimming turtle A’Tuin – but many of the books can be read separately or are part of an internal series. Within the Disc World series there are several subseries, such as those on Death, the incompetent wizard Rincewind, the Witches and the Guard.

How can a book from such a complicated and alienating series be accessible? Because they are all enormously humorous, psychologically clever and often topical. The first few parts of the series are still largely parodies of fantasy clichés, but from the third book onwards, Pratchetts’s world acquires its very own dynamics. That is why we recommend starting with Dunne Hein, for example. In this book the boy Hein is in training at Death. Death is one of the most iconic figures in the world of Discs and Dunne Hein is an excellent introduction because the story takes the reader across the entire world of Discs and reveals its bizarre, more internally perfectly logical laws. In addition to being very funny, the story is also exciting and even gripping.

Most of the descriptions of the subgenres come from the book Hoe schrijven je fantasy en sciencefiction? Do you have tips for books that also belong in this list? Let us know in a comment below.